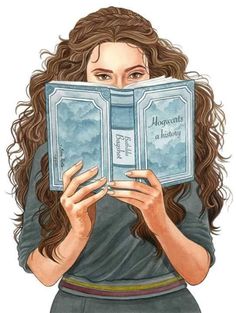 I had always been an avid reader when I was younger, but it wasn’t until middle school and high school that I got my first exposure to the Harry Potter world. I hadn’t really heard about the Harry Potter series up until that point. I distinctly remember one of my classmates coming into class with tears streaming down her face. She had just seen one of the films (I don’t remember which one) and was quite sad about how it ended. While I was confused as to why she was so sad, it would be another two years before my interest in Harry Potter really exploded.

Between the eighth grade and my sophomore year of high school I would become so engrossed in the entire series and binged all the movies in order. I love magical/fantastical and good vs evil films so I became such a big fan. After I watched the films, I moved onto the books and would read them one after the other and compare the differences between the films and the books. Many of my friends are fans of the series so it’s always fun to joke around about how we’re in different houses. I have yet to visit the theme park but I hope to do so this year and get my own wand. The movies and books have made a big impact in my life and I always come back to the movies when I want to watch something that is familiar to me and back to the books when I want a good read.

Taking this class only furthers my appreciation for the series. This books means something different to everyone. They can all identify with the story and its characters in so many different ways, which is one of the reasons why I love the world of Harry Potter so much. I hope to learn about the way this series has made a difference in the lives of the people who read it or watched the movies and the impact it has made on popular culture.