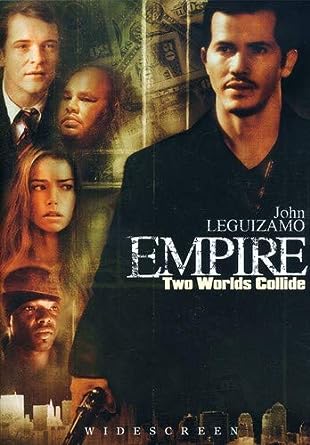 The movie starts off by showing the neighborhood  culture. A significant difference as the fims American me and Scarface because as the credits role the character of John leguizamo(Victor Rosa) is doing a voiceover as the film begins.

He compares himself to Bill gates and Rocca fella, white men but he is proud to be Latino as he expresses that in one of the first sentences. This film is different, Victor’s partners includes gangstas that are also African Americans. Latin culture introducing diversity but just like Scarface this is a movie about drugs.The difference about this movie is that it allows you to come inside the mind and thought process of how an empire is built using the voice of John Leguizamo’s character.

So in a lot of the drug movies with African Americans this is the first that introduces a  Latino as the head man.

This movie in comparison with “American me,” takes out the Chicano edge and crosses over with more of an urban feel with gold chains and a swaggier type of drug cartel.

“ I got me a 40,000$ truck that I park in the neighborhoods poorest part of the community and no one touches it, respect.”

Victor Rosa talks about the biggest word that we have been discussing all semester long, Masculinity. The character speaks about having to prove his manliness at all times Victor says that his woman Carmen changes him.

The woman in this film were like the woman in “real women have curves.” They spoke their mind They held power in their relationships.

This is where the movie gets very intellectual learning who the writer had in mind while writing this story seems simple. This film causes attention to the white audience because it reflects the business men of corporate America but shystie. The Hispanic culture resonating with drugs and family men caught up in an era of violence.

This movie was about a setup so calculating and strategic. When two worlds collide it doesn’t matter how tough you are when someone can out think you. John leguizamo’s character is introduced to a white male(Jack) who on the surface seams loyal and trustworthy.

Jack does one thing wrong. Believing that he was smarter than the people in the Ghetto. Underestimating Victor’s street knowledge that equated to his book knowledge.

The thing about John leguizamo’s character is that he wanted out of the ghetto and out of the life style.

So what was the bigger picture points in this film?

How the ghetto and suburban people are perceived.

One you would think that the hood dudes where crummy and not trustworthy but it was the opposite.

If Victor was facing another hood partner he would have been more cautious but sometimes we believe that white is always right.

I chose this film because of the two very different types of characters the actor plays.

His comedic roles including his ability to play Super heros are all just another example on how much Hispanic talent Hollywood is sleeping on.

The movie also shows how rich people  could be racist just by looking at how someone’s dress code.

This movie does not question masculinity with sexual acts behind prison bars or questionable relationships with their friends.

The character of jack is so deceiving he seems like a breath of fresh air that comes breezing through the ghetto as a white savior. Even the female being playing like a loyal friend to Victor’s girlfriend but the amount of betrayal she shows is limitless

” I can’t even get him to eat Spanish food anymore,” a quote taken from the film after Victor embraces Jacks new world, what was the writer getting across ?

Are we products of our environment.

Can a person be white washed? the term “Hollywood,” is African Way of saying that a black person got some money and forgot how to act.

This film was an amazing story of two men from opposite sides of the tracks correlating chicano culture on the streets of New York.