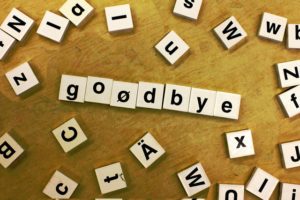 I left Facebook in January, deactivating my account, and then deleted it entirely two weeks ago, a process that’s finally complete. I feel relieved to be gone.

This is not because I don’t care about the people I know there, many of whom I know in other spaces like Twitter or face-to-face. I had a rule I would only be friends with a person I’d be happy to meet for a cup of coffee. My friends and family generally had politics I agreed with and lead interesting lives and are a pleasure to interact with. But nonetheless, however much time I spent there, it was never a space I felt entirely comfortable.

I don’t think this was because I was unnerved by the vast data harvesting of our lives that FB does, although, seen through the lens of Cambridge Analytica it is unnerving. I’m aware that Twitter, which I feel fine with, is busy gathering data too. My unease with Facebook was a combination of things.

First, I’m not a picture-oriented person. I was a late adopter of Facebook for this reason. I like reading much more than looking or watching. Facebook’s focus is on images and so it appeals to me less than a text-base space like Twitter or blogs.

Also, generally speaking I don’t like using products where I’m not the customer. I like being able to call / write and complain when something isn’t working or when it behaves badly and have my problems listened to. This is not just because I want my concerns taken seriously but because putting energy into writing is work, pleasurable work, but work. I don’t want to put energy into something I’m not, in some way, in control of.

I think my distrust of free online spaces comes from the early days of the web when I saw creative work wiped off the web when providers like Free Yellow or Geocities deleted free accounts. Maybe this kept me from ever putting enough heart into my Facebook posts to become attached to it.

I also have never liked the Facebook interface or the way the feeds would suddenly be reorganized. One of the pluses of Twitter is being able to choose a feedreader and not having to use the Twitter website. Aesthetics are important to me — one of the reasons using Blackboard hurts.

Being able to walk away from Facebook and remove my account is a privilege. I don’t need to store pictures there. I don’t need Messenger to stay in touch with friends and family. I don’t need Facebook as my Internet provider. This isn’t to say there aren’t elements of FB, especially some of the groups I was part of, that I won’t miss.

But the fact is, even though I always rolled my eyes at articles saying Facebook increases anxiety, I have felt calmer since I stopped going to the site. In the past three months I’ve read more books, written more reflections and (yes) posted a couple blog posts. It’s not hard to see that the fall off of my blogging coincided with me signing up to Facebook. For the first weeks after I had deactivated (and locked myself out of) my account, I surfed to the site an alarming number of times. Even with all the reasons I had not to enjoy the site, part of me still found it addictive.

I think we need to consider where we’re spending our communication time and energy. Or, to put it another way, how much effort do each of us want to put into providing Facebook with free content? How much information should they be allowed to harvest?

I can just about imagine a social media platform that was run as a not for profit, that was focused on user experience and protection, that wasn’t turning people’s lives into product to be sold. I know this isn’t the direction things are going. But it’s something to at least think about.