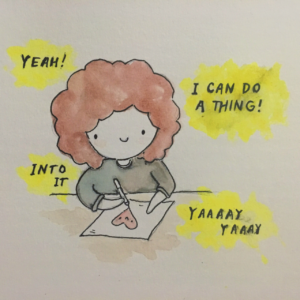 First off, the weekly review. I did it, it was good and it only took two hours this week so things are improving. I’ve gotten some work done on the book review and in starting to package up my current job so I can hand it off cleanly to my successor in mid-August. Things are getting done in pretty much every area of my life. So that’s good.

Along those lines, I read about a system called ZTD (Zen to Done) on Robert Talbert’s blog as something that he uses to enhance his GTD practice, so of course I went and read the little book. It raised some interesting points about habit formation that I hadn’t considered before and made me think about how I tend to try and change many habits at once only to revert to my old ways when I’m under stress. There’s a lot to unpack there and much good content that I’m still thinking about.

it was the last point in the book, “Find Your Passion Habit” which said that if you make your passion your job then you’ll find doing work easy that I had an issue with. Because I am passionate about my job — both teaching and researching and yet I procrastinate about my writing my research, even though there’s nothing that interests me more than the work I do on Chicana feminist writers and editors. Despite (or perhaps because of this love) sometimes, oftentimes, I struggle when it comes to sitting down and writing my ideas. Those times have even extended into finding it difficult to do research because I’m anticipating the struggle to write. I’m struck as I write this with the fact almost all of my publications to date were written to an editor-imposed deadline. I wonder if without those deadlines I’d still be struggling to write them, trying to craft the more perfect article.

Why does writing seem so unnatural to me? I’ll do anything to postpone it — empty the trash, answer the telephone. The voice recurs in me: Who am I, a poor Chicanita from the sticks to think I could write… ~Gloria Anzaldúa, “Speaking in Tongues: A Letter to Third Women Writers

What causes me to procrastinate is, as Joseph Kasper (pseudonym) wrote about four years ago, a sometimes overwhelming case of impostor syndrome where I doubt my ideas, the quality of research and the quality of my writing. This problem developed twenty years ago, sometime during my first year of graduate school (writing was less of a struggle as an undergraduate) and I’ve been trying to silence my inner voice of self-doubt ever since.

The perverse thing about this is that the more I care about a subject, the more important I feel the research is, the harder I find writing about it. My inner voice tells me I won’t be able to do the subject justice, that there’s research by someone else out there on this that I haven’t found, that I’m about to embarrass myself and let the people who’ve supported me down. And yes, the classic, that I’ve somehow been faking it so far, but this is the time when I’m going to be found out.

It’s something, I’ve been told, that most academics, especially women of color, feel, at least some of the time.  I don’t think the procrastination it can cause is due to a lack of passion for the work we do, but rather an abundance of it.

…I write because I’m scared of writing, but I’m more scared of not writing. ~Gloria Anzaldúa, “Speaking in Tongues: A Letter to Third Women Writers