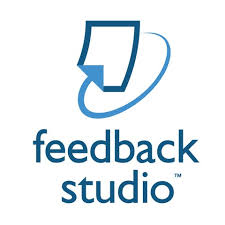 From: Teaching to Transgress – by bell hooks – Introduction & chapter 1

From: An Urgency of Teachers: the Work of Critical Digital Pedagogy by Sean Michael Morris and Jesse Stommel

“A Guide to Resisting EdTech: the Case Against TurnItIn”

I got to select our FLC readings for this week and chose the essay “A Guide to Resisting EdTech: The Case Against TurnItIn” because it’s an area of digital pedagogy where critical pedagogy has had a significant impact on how I foster classroom community in my courses.

When I first started teaching my own courses in 2012, I’d heard of TurnItIn, but didn’t think about or use it because the university where I was teaching, Loyola Marymount, didn’t offer it. It wasn’t until I came to CSUDH that I was made aware of it. Plagiarism hadn’t ever been a problem in my classes. Instead, TurnItIn was sold to me as a way around Blackboard’s poor and limited grading annotation tools. Specifically, I’d been using Garage Band to record comments and emailing students the mp3 files. TurnItIn offered recordings of up to 3 minutes as one of its features.

So I had students submitting their work by uploading it to TurnItIn for three years without really thinking about it. When I did hear negative things about the company and its lack of respect for student copyright, I justified my continued use by rationalizing that I’d disabled archiving and wasn’t using the similarity check. But I wasn’t thinking about the message I was sending to my students by policing every assignment with the assumption that they were cheating.

So what changed? Basically, I read about what TurnItIn was doing with student data and its implications. Then I had a conversation with my students, asking them how they felt about TurnItIn and other surveillance software. Thinking about it now, it’s not surprising I found out that using it made students feel anxious like plagiarism is something that could happen accidentally. It set up citation practice as something they needed to avoid rather than my teaching them how to put their research into conversation with their sources. All of this was in direct opposition to my teaching philosophy and certainly with critical pedagogy. So I stopped using it.

What do I use instead? I switched to asking my students to share documents with me through their university Google Drive account. This has the added benefit of making it easier for students to revise and share those revisions with me, turning each piece of writing into a work in progress rather than a static submission. What I found most surprising is that doing this has increased the number of students who are willing to do multiple revisions of their work and then have me look at them again. It’s helped with them seeing me and me seeing myself as an enthusiastic audience of their work rather than some sort of academic cop.