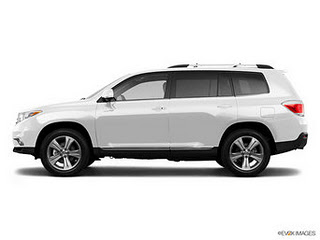 My dad’s up in Oregon this week and I have his car to use. While I drive, I don’t have a car so this is quite a change for me.  Don’t get me wrong, I can get around the city pretty well on the bus, but I never feel as much part of Los Angeles as I do when I’m driving.

My dad’s car is a new Toyota Highlander. It’s a little bigger than I’m used to driving, especially backing it out of our carport parking space, but once I’m on the road, it’s great. It was especially great yesterday as I had an interview for a job with Dr. Karen Mary Davalos, chair of the Chicana/o Studies department at Loyola Marymount University.  Having a car meant I didn’t have to take the bus there, something that no doubt let me seem much cooler and more collected.

But having my dad’s car meant something else. His car is always clean, at least on the inside, something I appreciate — I hate clutter in cars.  On the way to LMU I stopped off at Kinko’s to print out some color copies. Because I was in my dad’s car, when I parked at a meter I knew there’d be change in a little pouch in the glove compartment. When I came out from making copies and had a sudden rush of concern that I had coffee breath, I knew there’d be minty gum.  There’s always a box of tissues and bottled water. His car is well appointed like that.

As I was driving through traffic, I was thinking about that. His car reflects the sort of man he is, organized, prepared for emergencies but also full of little comforts, thoughtful touches that make life better.

And yes, I got the job. As of January I’ll be teaching a course on Chicana feminism at LMU.