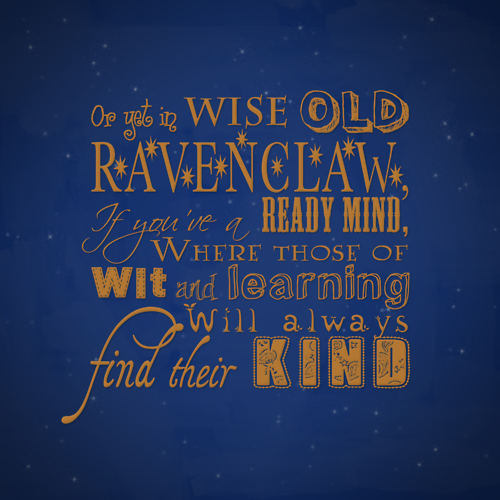 I was first introduced to Harry Potter through the movies. My older brother was really into the books and went to see all of the movies when they were released in the theaters. He introduced me to this world when I was in elementary school and I have been hooked ever since. I remember watching Harry Potter and the Sorcerer’s Stone for the first time in 3rd grade and being amazed at what was happening before my eyes. The idea of magic and wizards captured my imagination; I began to look at the world with more wonder and captivity. I remember pretending to cast spells around the house and receiving my acceptance letter to a magical school far from my hometown. Although  I stopped pretending to be a wizard as I got older, my imagination never faltered. The more movies I watched, the more my imagination grew and grew. I started to realize that there were no limits to my imagination, and I could create any story I wanted. This is how I discovered my love for creative writing. I realized that I could write anything I wanted to; I could create an entirely new world filled with different people and events that have never happened before. Not only did I fall in love with an amazing franchise, but I also discovered a new aspect of my personality that I never knew existed. Now whenever I rewatch the movies, I am reminded of the magic that first captivated me. Although I will never receive my acceptance letter to the real Hogwarts School of Witchcraft and Wizardry, I can always use my imagination to transport me to worlds unknown.… Read the rest