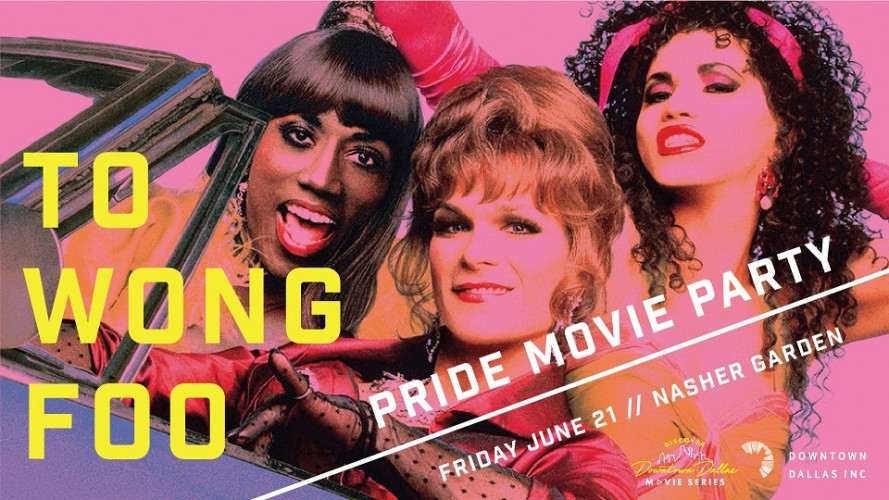 In 1995, Wesley Snipes was a bankable activity legend comparable to Sylvester Stallone. Patrick Swayze was a heartthrob who’d softened crowds in Ghost and Dirty Dancing. It was likewise the year the two stars wore gowns and wigs for what got one of the decade’s most darling camp works of art, To Wong Foo. On May 28, Factory discharged an all-encompassing version of the film, with extra film, editorial, and a creation of featurette without a moment to spare for Pride month and the 50th commemoration of the Stonewall Riots.

To Wong Foo marks a turning point in eccentric portrayal on screen, as a studio motion picture featured by significant stars — playing gay, however in heels — that beat the movies in its initial two weeks. Composed by writer Douglas Carter Beane, the excursion trick pursues Swayze’s as maternal Vida, Snipes’ as cynical Noxeema, and their tag-along turned protégé Chi-Chi (a job composed explicitly for John Leguizamo) from Manhattan to Hollywood to challenge for the  Drag Queen of the Year award. While driving across the states their vehicle stalls in a center of-no place town. Robin Williams had quite recently made Mrs. Doubtfire three years before he prompted Steven Spielberg to create To Wong Foo, yet passed on featuring in it (apparently in light of the fact that Williams thought himself too furry to even think about playing Vida). In any case, To Wong Foo was extraordinary. The characters are really drag sovereigns, instead of straight men utilizing ladies’ garments as a camouflage to get what they need (which is generally the young lady). In spite of the fact that Leguizamo’s Chi-Chi is the just one to have an adoration enthusiasm (for Jason London’s aw-shucks Bobby Ray), every one of the three men are comprehended to be gay. (Kumar Naveen 2019)

John Leguizamo is a hispanic actor who had taken on several roles eventually earning him lead actor in movies. As a hispanic man taking on a drag queen role was very challenging and a big step to launch a more serious position in Hollywood. All semester long we have been discussing latino men in film on the cusp of being homosexual by wether becoming to close in prison with their friends or the need for sexual encounter from doing time behind bars such as we watched on the film American Me. We also discussed films like Scarface where hispanic men used women as sex objects and demanded to be the boss in tier relationships to prove their manhood. We speculated how masculine you could be if the men were in fact lovers and friends, this movie pushed all the speculation or the questionable homosexual acts depicted in Hollywood. To Wong Foo did not suggest if the men were gay it blatantly told the tale of three drag queens. The most interested part is that the character of hispanic native john leguizamo was specifically written for him.

Getting major roles in Hollywood for hispanics was rare unless it was a comedy or gangsta film and John Leguizamo broke that box open because Too Wong Foo went on to become a hit and John Leguizamo was nominated for a nominee for best supporting role in a film. This film also open up the door for the actor to get more superstar roles like in the big hit super mario brothers that made millions in the box office. I wanted my first blog to be at about a film that absolutely took the masculinity out of masculine about hispanic roles in Hollywood and highlight a hispanic actor that thought outside the box of gangsters and drugs defining the path of being courageous enough to put on a dress to show Hollywood that he deserved to be there.

4 thoughts on “The Making Of A Man In Hollywood Films”