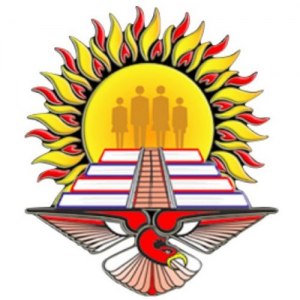 [Note, this blog title was shamelessly stolen from a tweet by @laura_luna who has her own blog, creativexicana. I only steal from the best.]

Over on Twitter Chicano MA student @xicano007, who has a library anyone would envy, started posting images of his Chicana/o books along with titles and authors. Ever the busybody I suggested he start a hashtag so we could search them more easily and maybe join in. The result was #aztlanreads and it’s glorious with an explosion of tweets of Chicana/o and Latina/o books (poetry, novels, academic writing and histories). If you read Twitter, participate. If you don’t, follow the link and look anyway. Seriously, I promise it will make your day.

There have been so many books I remembered and even more that I hadn’t heard about. I seriously have to find a job so I can afford the book habit this hashtag is creating. I hope it lasts forever. It’s the best use of Twitter I’ve ever seen.

There’s more about #aztlanreads’ wonderfulness over on the excellent blog Lotería Chicana. She points out the power that the shear volume and quality of the Chicana/o texts listed have in combating the notion that there’s a shortage of books and materials out there.

Rumor has it that there’ll be hashtags for #aztlansongs and #aztlanfilm next. I can’t wait.

UPDATE: Aztlán Reads is now a blog! … Read the rest