Sorry this blog has been so neglected. There’s been a lot of blogging going on over on my Chicana Feminisms course blog. I had the intention of blogging here weekly about the experience of teaching this class, but well, clearly that didn’t happen.

I’ve definitely enjoyed teaching at LMU — the students have been great and the Chicana/o studies department is wonderfully supportive. So I’m excited to say I’m going to be teaching two courses in the fall. One class is going to look at Latino Los Angeles through its depictions in popular culture. The other is a class on Latina coming of age narratives. More details will be coming soon, but I wanted to put this much up so it’d be clear the blog wasn’t quite dead. … Read the rest 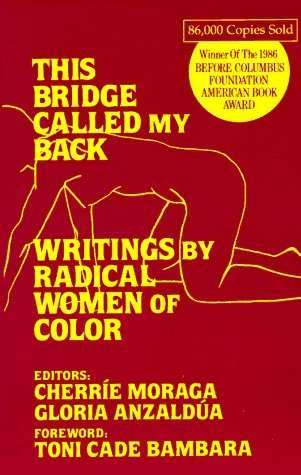 That last sentence leapt out at me because, getting ready to teach a course next semester on Chicana feminism, I’ve been trying to figure out ways for my students to read This Bridge.… Read the rest