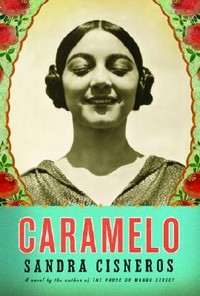 The narrative device is a candy colored (caramelo) rebozo, left unfinished by the too-young death of Celaya’s great grandmother, the Awful Grandmother’s mother. It fascinates Lala from the time she is a small child until she inherits it as a young teenager.  Like her grandmother, for whom she has little affection, she braids and unbraids the unfinished threads of the scarf. Likewise the narrative feels incomplete as Lala tries to piece together her family’s stories from what they tell her, what they haven’t told her and from her own creative imaginings.… Read the rest