For my last blog post in this subject I would like to dedicate myself to a topic that interests me especially.

I’m often on the go on YouTube or in forums and read and look at a lot of things about fan fiction, characters or background stories. In this blog entry I’d like to list some facts some of my classmates certainly didn’t know and hope you enjoy reading this blog entry. I did a lot of research and put together 10 exciting facts for you. Enjoy!

Steven Spielberg was asked to do the direction for the films. He refused, but not without first going through some ideas, in which direction the films should go. Are you wondering what the films under Spielberg’s direction would have looked like? Not everything has to be left to the imagination, since he has publicly discussed his ideas about the films. Spielberg wanted to make the series animated, and wanted to summarize some books.  Maybe there are some people who would love to see the books brought to life this way, but I’m sure many Harry Potter fans are relieved that the movies have turned out the way they are. 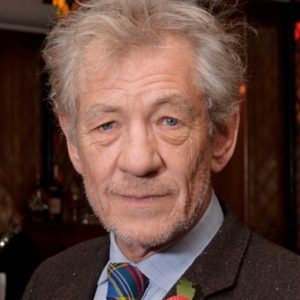 Sir Ian McKellen )(known e.g. for his role in ‘Lord of the Rings) was offered the role of Dumbledore, but he refused. Dumbledore was then played by Richard Harris in the Philosopher’s Stone and the Chamber of Secrets.… Read the rest

First of all: I am a big Harry Potter fan and be sure I will always be a big Harry Potter fan. I grew up with these books and movies and don’t know what I would do without them. There are many things in Harry Potter that I still don’t understand, but that’s what makes up the whole universe of HP. That’s why so many people still talk about it in the HP forums on the internet or at conventions today.

There’s one thing I’ve been worried about since the 4th part and I’m still very critical about it today. The relationship between Harry Potter and Albus Dumbledore.

The 4th part is the Trimagic Tournament, where 3 schools compete against each other. Harry participates in this tournament although he is much too young and these games are much too dangerous.

This is where the moment begins for me that I can’t understand. How can Dumbledore allow Harry to play in this tournament and put him in such danger? He knows everything about this very dangerous tournament and after everything that’s going on he might think there’s something wrong.

There’s no relationship in Part 5, because Dumbledore is building a distance to protect Harry, whose thoughts and dreams are now influenced and sometimes even controlled by Voldemort. However, Harry didn’t know the reason and therefore felt left alone.

In the 6th part the two approach again a bit. Still, I don’t understand why Dumbledore didn’t tell him right after he learned that Voldemort created 7 Horcruxes, what Horcruxes are and how to destroy them.… Read the rest

Read more
I had my first contact with the world of Harry Potter at the beginning of 2000 (almost 20 years ago) when the first books were published. At that time I was still a young boy, had actually only interest in football and cartoon series and could not imagine that I would like such books. To be honest, I had no interest in reading books.
But when the first movie came into the cinemas (I remember seeing the first movie together with my father), I was immediately thrilled.
Since then on I expected every single film with high tension. Sometimes I was so excited that I couldn’t sleep.  I became a real potterhead.
I still remember the movie “Harry Potter and the Order of the Phoenix” where I went straight to the cinema with my school supplies right after school (it was about 2 pm) to be the first one to see it in my hometown.
It wasn’t unusual for me to see every film 2-3 times in the cinema.
The movies “Harry Potter and the Deathly Hallows” which were published in 2 parts, I watched in a cinema as harry potter marathon. This marathon was about 5 to 6 hours long, but it was worth it.
After the end of the Harry Potter movies I started reading the books and listening to the audio books. I just couldn’t get enough of Harry Potter.
I noticed a lot of things and I was often very surprised and frightened how many important details didn’t make it into the movies.
… Read the rest
Read more