In the book, Harry Potter and the Goblet of Fire a recurring theme found is the Importance of Friendship. The beautiful relationship between Harry Potter, Hermione Granger, and Ronald Weasley makes the story feel a lot more deeper. These characters not only make us laugh, cry, and sometimes mad but make us feel connected emotionally and to the wizard world. It helps us realize that friends are there to respect one another and protect each other no matter the challenge or quest that lies ahead. Throughout the story, we see that Friendship is used to move the story along and get main points dealt with. Harry Potter is only one boy but with his friends at his side, there’s nothing he can’t do. 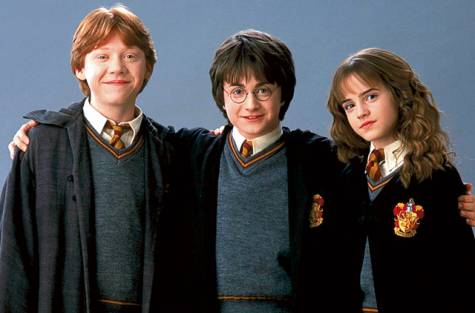 We witness the Importance of Friendship throughout the whole book but J.K. Rowling shows different sides of friendship and how friends are treated. On Harry Potter’s end he has friends who are willing and want to help him succeed and grow. His devoted friends, even when they are in an on going argument, they are there for him no matter what because of the love they have for him. One example of Friendship is when Hermione helps Harry with his first task in the Triwizard Tournament by learning the Summoning Charm. She stood with him the whole day before the first task to teach him how to use the summoning charm to use his strengths of riding on his broom stick to use against the dragon and fly away. This in turn helped him grab the golden egg and win the first task. Without Hermione, there would have not been a chance of him winning or even living after the first task. The second example is when both Hermione and Ron try to help Harry with his second task: finding a way to survive underwear for an hour. They find no spell whatsoever until in the movie, they have Neville Longbottom help Harry out and give him the Gillyweed which turns Harry into a fish basically but in the book they have Dobby to tell Harry about Gillyweed and supply him with it. Dobby wanting to help Harry is pretty much him paying it forward from when Harry freed Dobby from enslavement from the Malfoy family. With Dobby’s help, Harry was able to get second place in the second task and even helped Gabrielle, Fleur’s sister, at the same of helping Ron from the lake. The third example is when Ron and Hermione are helping Harry with his final task even though they have a test to study for. His friends are always there to lend there support for Harry through his task. Harry points out, “Ron and Hermione were supposed to to be revising for their exams, which would finish on the day of the third task, but they were putting most of their efforts in helping Harry prepare”(P.368). This highlights just the amount of love they have for Harry to put their own priorities to the side to focus on keeping Harry alive and prepare him to win this final task. On the other hand we have people like He-Who-Must-Not-Be-Named that treat their friends like complete garbage. He uses scare tactics to keep his servants in order. Wormtail gave up his whole left hand to get Voldemort back and Voldemort didn’t even bat an eye. The Death Eaters bow to Voldemort’s feet and kiss his robes. All Voldemort could say is,”Thirteen years…thirteen years since last we met. Yet you answer my call as though it was yesterday…I smell guilt,” he said. ‘There is a stench of guilt upon the air'(P.397). This just shows how Voldemort is so negative and puts his own followers down.